Warning: Attempt to read property "display_name" on bool in /homepages/34/d912584746/htdocs/hospitalityservice/wp-content/plugins/wordpress-seo/src/generators/schema/article.php on line 52 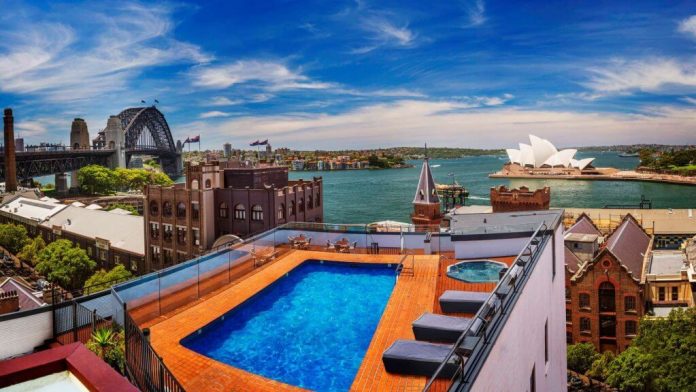 Australia and New Zealand’s governments actions to restrict the spread of COVID-19 were some of the fastest and toughest in the developed world.

NB: This is an article from OTA Insight

Within weeks of clusters spreading, both governments rolled out comprehensive strategies to restrict the virus to an effectively negligible level. They have, largely, succeeded in this goal, but it has come with a cost. Harsh lockdowns have been repeatedly re-imposed on a federal and state level, depending on the infection rate.

This has created considerable issues for the hospitality sector in both countries, resulting in new strategic direction by hotel revenue management teams. We now see a proportionally much higher rate of flexible rate strategies in the space, with restrictions being the biggest cause of these changes.

A response in rates

It didn’t take long to see a response in the hospitality markets of both countries following the initial outbreaks of COVID-19.

The integration of both countries’ economies into the Asia-Pacific region, careful monitoring of initial outbreaks and the decision to pursue ‘zero-COVID’ strategies in both cases, meant that governments quickly became aware of the extent of the pandemic and took strategies to mitigate it.

Looking at New Zealand’s response in the second half of March 2020, the government announced quarantines, then closed borders, and finally ordered a stringent lockdown, all before the first COVID-19-related death occurred within its borders.

Australia followed a similar path, quickly creating a response commission and sealing borders before a lockdown was announced in late March 2020.

This is why we see a sudden and defining change in rate strategy during this month, with the steepest declines in the proportion of hotels in the countries offering non-refundable rates occurring in March.

Overall, there is then a general downward trend until 2022, where stabilisation now appears to have occurred and, in the case of New Zealand, a trend of upward recovery now appears to be emerging.

In both instances, hotels found themselves reacting to government decisions, cutting the number of rooms with non-refundable policies attached to try and give some confidence to those booking and to attract business in dire circumstances.

We can see similarities in both cases. Once restrictions are eased in Australia in June 2020 onwards, hotels attempt to reintroduce more non-refundable policies. The same occurs in New Zealand in September-October 2020 as the government moves down its response tiers and allows more travel internally and externally.

Read rest of the article at OTA Insight

Starbucks Moves to To-Go Model in Alberta, Saskatchewan and Manitoba

5 Myths About the Hospitality Job Market During the Pandemic

MINNEAPOLIS, Minn. — International Dairy Queen Inc. has revealed its Vendor of the Year award winners in Canada and the U.S., which were presented...

TORONTO — St. Louis Bar & Grill will open its first location in Brantford, Ont. on Oct. 23, making this its 73rd location in...

Travelers may complain about resort fees when they see the final bill, but they’re still paying them. To retain guest loyalty, hoteliers know they...

Seasonal changes bring about the expected fluctuations in occupancy rates. NB: This is an article from Hotelchamp Coming out of peak demand seasons, a transition towards weekend...

Yes, Business Travel Will Return, But Is Your Hotel Ready?