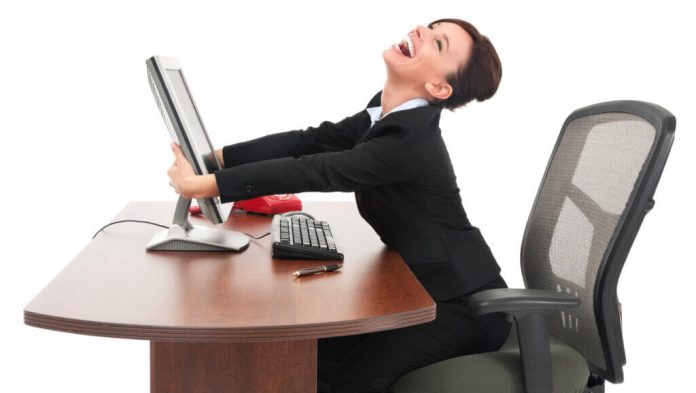 You only have to have been working in the hospitality industry for a very short time before you have a hilarious dinner time story to tell.

NB: This is an article from GuestRevu

Usually it’s something a guest has said or done, or something that has gone completely wrong from management to front of house staff. In fact, the world of hospitality humour is so vast that some clever writers even made an entire series about what could go wrong in a hotel.

Well, it is no different for some real life hoteliers – we will keep them all anonymous because we don’t all want to share our more embarrassing stories on the net – but they are real, and the situations (although they seem like a comedy script) are very real too. The only thing that’s not 100% real are our recreations using guest feedback technology; the “what might have been.”

EXCUSE ME WAITRESS, IS THAT SEWAGE ON THE WINDOW?

Our first story starts during Sunday lunch service at a small but busy family-run establishment. Hotel guests and restaurant patrons are enjoying a leisurely afternoon of warm meals, fireside coffees and some afternoon sports showing on the lounge television.

All of a sudden, a pipe affixed to the outside of the building carrying sewage from the rooms above comes free of its fixtures and plummets into the garden outside the dining room window. The force of the impact expels the pipe’s  contents all over the outside wall, windows and manicured flower garden. Immediately the manager and owner sprang into action. The plumber was phoned and all hands were on deck, surreptitiously wiping down the windows while ensuring the guests remained well fed, watered, wined and waited upon, and oblivious to the filthy fiasco outside.

The plumber arrived, the windows were cleaned,  and all of the customers were kept unaware of the chaos that had ensued outside. All the staff were grateful that none of the windows had been open that morning, and ultimately everyone went about their business as usual.

In the aftermath of the messy Sunday, the hotel’s plumber discovered that someone had decided to flush a plastic takeaway container down the toilet. “Why not put it in the bin?” I hear you ask. The hotel, being an inn with an integrated restaurant, had a strict “no takeaways in the hotel rooms” policy, and, so as to not land himself in hot water with management, the guest thought the best way to dispose of the evidence of his edible contraband was to flush the container down the toilet. And the rest is history.

So what does this have to do with guest feedback management? Had they been keeping a close enough eye on their guest feedback, the hotel in question would have learnt that the demographics that their marketing and location appealed to were families and young couples on a budget, most of them looking to be able to bypass the higher restaurant prices, indicating a need for self- catering accommodation. Had they listened to their feedback and used their data correctly, they could have converted certain rooms into self-catering options, thereby increasing occupancy, being able to charge a higher room rate for the added amenities and being able to completely bypass the sewage soaked Sunday incident.

Read rest of the article at GuestRevu

The post Hilarious Hotel Antics And How To Avoid Them With Guest Feedback appeared first on Revenue Hub.

How Much Does Digital Marketing For Hotels Cost?

Tips to unlocking retention skills of your managers and staff