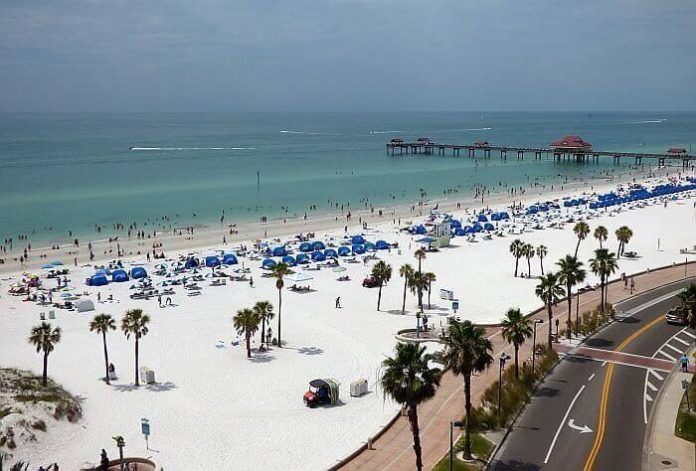 The U.S. in October shed the ignominy of being the only global region to have not recorded a positive month of profitability since the start of the COVID-19 pandemic.

The country finally reached gross operating profit per available room (GOPPAR) above $0, but at $5.43, it was still down 95.5% compared to the same time last year.

And though the U.S. climbed back into the black, Europe regressed, backsliding to €-5.06 after two consecutive positive months, as the Middle East and Asia-Pacific remained above water.

Even so, positive momentum heading into the fourth quarter is threatened to be upended by escalating COVID cases combined with more countries and municipalities reinstituting protective measures to contain the virus, steps that are typically anti-movement and anti-business.

U.S. Checks Back In

U.S. hotel profitability was aided by an ongoing though marginal rise in both occupancy and average rate, which led to revenue per available room (RevPAR) hitting $40.99 in the month, which, though down 78% from a year ago, was a 7.3% rise over September and a 365% increase over April, when RevPAR was at its lowest point at $8.99.

Total revenue (TRevPAR) continued its advancing trend, but the growth has been muted by an overall dearth of ancillary spend that has hampered the ability of hoteliers to realize better gains than normal. However, in this operating environment, hoteliers understand that normal doesn’t currently exist. TRevPAR hit $60.89 in the month, $5 higher than the month previous, but down 79.3% YOY.

As local measures to curb the spread begin to be reimplemented, it could have a negative impact on F&B by reducing the number of covers a restaurant is allowed due to physical distancing rules. Up until now, many restaurants were able to endure by offering al fresco dining, but as the warmer weather in the country gives way to colder temperatures, it could blunt the success of that. F&B RevPAR hit double digits for the first time since March, but is still down 87.9% YOY.

Expenses remained muted in the month, the result of a decelerated operating model and labor structure, which could carry forward even as the hotel industry ramps further back up. Total labor costs retrenched in October over September, down 23%, potentially the result of the end of the summer season. Total labor costs as a percentage of revenue dropped nearly 20 percentage points over September to 47.8%, as revenue grew and labor cost decreased.

Profit margin for the month checked in at a minute 8.9%, which was still the first positive measure of the metric since February.

As the U.S. bounced back into positive territory, Europe saw regression across the board. A more than 5-percentage-point drop in occupancy in October over the month prior, coupled with a €4 reduction in rate, led to a 20.7% decrease in RevPAR. Traditionally, the dip is expected as September gives way to October, however, in these precarious times, it’s a double stomach punch.

The drop in RevPAR resulted in a similar drop in TRevPAR, which decreased 18.5% over September and was down 76.7% YOY.

Like the U.S., expenses remained suppressed. Total labor costs were down 52.6% YOY, while total overheads were down 45.6% YOY. Still, the drop in expenses was not enough to overcome the fall in revenue, leading to negative GOPPAR of -€5.06 in the month after two consecutive months of positive GOPPAR.

Profit margin for the month was recorded at -11.1%.

The bright spot in the global hotel industry remains the Asia-Pacific region, where monthly occupancy reached over 50% for the first time, led by China, where occupancy has eclipsed the 60% threshold for the past three months.

In China, GOPPAR hit $43.25, which was only 12% off from the same time a year ago, illustrating the country’s solid profit comeback from the depths of the pandemic. Profit was bolstered by a similar return to prior-year revenue levels that saw TRevPAR hit $119.62, just 8.7% below the same time last year.

On the expense side in China, costs continue to rise, perhaps a sign also of the overall recovery. Labor costs per available room hit $32.94, 10.7% less than the same time last year, while total overheads were recorded at $26.56, a 13.7% decrease over the same time a year ago.

After a string of difficult months, the Middle East is making its own steady ascent, with RevPAR climbing close to $50, a 19.8% rise over the month prior, but still 58% down YOY.

The confluence of revenue and enervated expense led to a nice jump in profit for the region. GOPPAR was recorded at $14.11, which, though down 82% YOY, was 595% higher than September and accounted for the third consecutive month of positive profit.

Tips for Reopening Your Hotel as we Exit Level 5 (Republic...

Sylvain Charlebois Appointed to Second Harvest Board of Directors