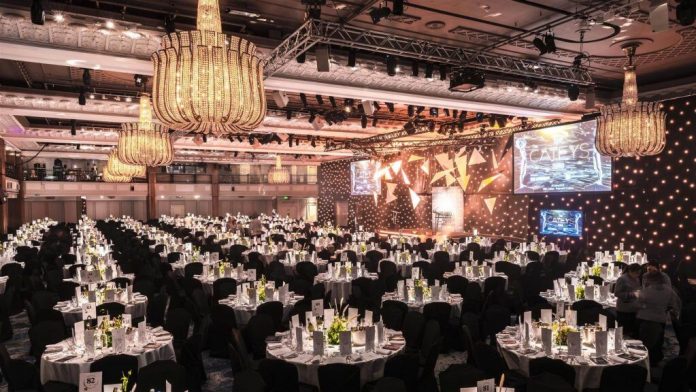 Group business is key to a full recovery of the hospitality industry, but when that will happen remains an open question, according to hospitality executives speaking at two sessions at this week’s New York University International Hospitality Industry Investment Conference. They also weighed in on which changes to meeting protocols that Covid-19 has ushered in are temporary and which may be permanent.

“Large groups have got to come back,” said Wyndham Hotels & Resorts president and CEO Geoff Ballotti. “This cannot be a permanent change. We are seeing [small meetings] with 100 or 200 attendees, but when will the meetings with thousands of attendees come back is the question. An important reason it has to come back is because of the impact on our team members. … The industry estimates that anywhere from one-third to one-half of the 4 million people who have been laid off rely on those large meeting and conventions, they rely on the banquet and catering. We as an industry need to figure out a way for these large groups to come back so this is not permanent.”

Starting with the return of small groups with hybrid meetings is easier to manage and test more efficiently, said Choice Hotels president and CEO Patrick Pacious. “We’re kidding ourselves though if we think it will come back in the same way [as before],” he said. “You have to look at all the investments businesses have made in virtual private networks, in Zoom, in Microsoft Teams. CFOs around the country will say, ‘We made this investment, do we really need to send people out to these long meetings?’ On the margins, you’ll see when business travel comes back fully, some of it may not return. We as an industry need to be thinking about it and figuring out how to adapt the assets we have to attract the business traveler of the future, but also looking at the new normal.”

Radisson CEO of the Americas Jim Alderman noted Amazon’s announcement that the company since the beginning of the year had saved nearly $1 billion in travel expenses because of the pandemic, and it reported a third-quarter profit of $6.3 billion, up nearly 100 percent year over year. “[Executives] will start to question the $500 flight, the time to the airport, the travel time, the hotel at the other end,” he said. “Is it worth a couple thousand dollars for a 45-minute meeting? Because we’ve become very good at this telecommuting. We’ve adapted. We have better cameras, better sound, and we are used to it.”

Read rest of the article at BTN

The post Some Hotel Group Meeting Changes Are Here to Stay appeared first on Revenue Hub.

The Anatomy of a Successful Upsell Deal

Are you Going to Miss The Best Time To Sell Hotel...