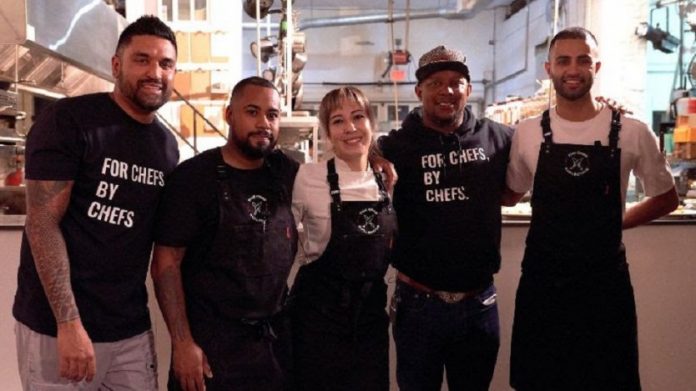 In addition to the bragging rights that come with winning the Collective’s inaugural battle of the post-pandemic era, chef Medeiros also won two round-trip tickets to Lima, Peru, $1,000 in spending money, and a $2,000 credit toward professional shared kitchen space Syzl.

The chefs were tasked with creating a three-course dinner highlighting Ontario beef, Meyer Natural, and Egg Farmers of Ontario, and the Top 30 Under 30 winner managed to impress the judges with a beef tenderloin egg roll with lime vinaigrette, pear and toasted sesame; a beef striploin katsu with nduja, fresh oyster sauce, kumquat, radish, and celery; and a cinnamon sugar churro with chocolate dip and Baileys for dessert.

The sold out event also served to support Habitat for Humanity Canada, with $15 from every ticket being allocated toward the charitable organization, along with a donation of $4,000 worth of fixtures from American Standard and Grohe.

The Chef Collective has yet to reveal when and where the next battle will take place, so keep an eye on its Instagram account for up-to-date announcements. […]